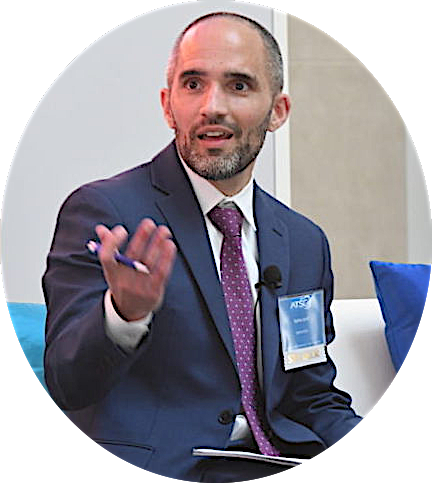 I am the Chief Operating Officer at BitPath, the ATSC 3.0 spectrum consortium founded by Sinclair Broadcast Group and Nexstar Media Group. Prior to joining BitPath, I was a communications attorney at Hogan Lovells, and also the Chief Data Officer and Legal Advisor on the FCC's Incentive Auction Task Force. The incentive auction was the first-in-the-world two-way spectrum auction, which freed up 84 MHz of beachfront low-band spectrum for mobile broadband use. The auction raised $20 billion, of which $7 billion was sent to the U.S. Treasury for the deficit reduction. This novel auction was a huge success as it demonstrated a novel approach to clear spectrum for higher value uses.

Prior to the FCC, I had several different roles in the wireless industry, including as founder of my own startup, director of business development, venture capitalist and strategy consultant. In my 20+ years, I have been fortunate to have founded or joined early pioneering companies that built the foundations for low-power mesh networking (Millennial Net), rich mobile advertising (Crisp Media (acquired by Quotient)) and online radio (RadioSherpa (my startup that was acquired by TuneIn Radio)).

I currently live in the DC area with my wife Stephanie but remain an lifelong Boston sports fan. Feel free to reach out to me via my website or at sasha at first&lastname dot com.